As we approach the anniversary of the Munich Air Disaster, which occurred on the 6th of February 1958, claiming the lives of 23 people, eight of them Manchester United players, we felt it would be fitting to share the legendary lyrics of “The Flowers Of Manchester”.

Originally a song, whose first known recording was by a group called The Spinners in 1962, it is today commonly thought of as more of a poem. Whichever way you view it, it’s still a masterpiece and a very fitting tribute to a group of people, whose lives were taken by a cruel twist of fate, as well as a team of young players, whose potential was never fulfilled. 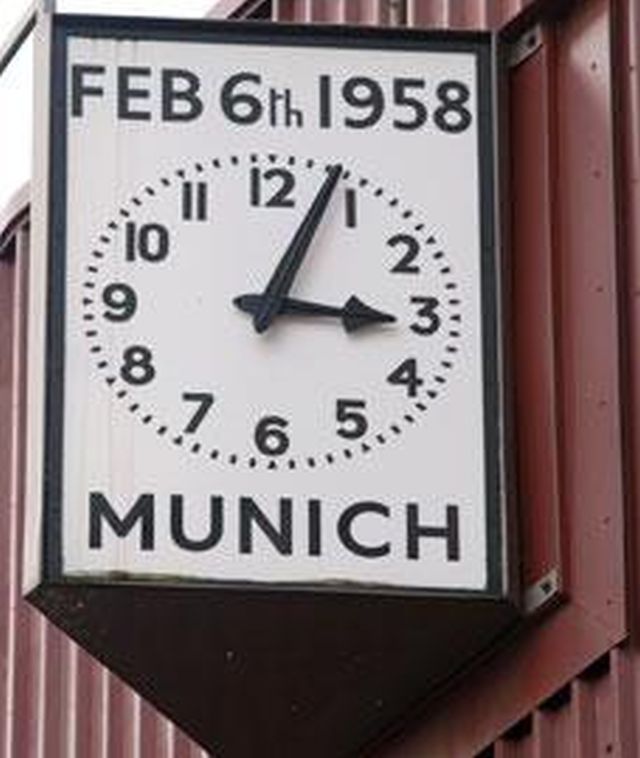 One cold and bitter Thursday in Munich, Germany,
Eight great football stalwarts conceded victory,
Eight men who will never play again who met destruction there,
The flowers of English football, the flowers of Manchester

Matt Busby's boys were flying, returning from Belgrade,
This great United family, all masters of their trade,
The Pilot of the aircraft, the skipper Captain Thain,
Three times they tried to take off and twice turned back again.

The third time down the runaway disaster followed close,
There was a slush upon that runaway and the aircraft never rose,
It ploughed into the marshy ground, it broke, it overturned.
And eight of the team were killed as the blazing wreckage burned.

Roger Byrne and Tommy Taylor who were capped for England's side.
And Ireland's Billy Whelan and England's Geoff Bent died,
Mark Jones and Eddie Colman, and David Pegg also,
They all lost their lives as it ploughed on through the snow.

Big Duncan he went to, with an injury to his frame,
And Ireland's brave Jack Blanchflower will never play again,
The great Sir Matt Busby lay there, the father of his team
Three long months passed by before he walked again.

The trainer, coach and secretary, and a member of the crew,
Also eight sporting journalists who with United flew,
and one of them Big Swifty, who we'll ne'er forget,
the finest English 'keeper that ever graced the net.

Oh, England's finest football team its record truly great,
its proud successes mocked by a cruel turn of fate.
Eight men will never play again, who met destruction there,
the flowers of English football, the flowers of Manchester. 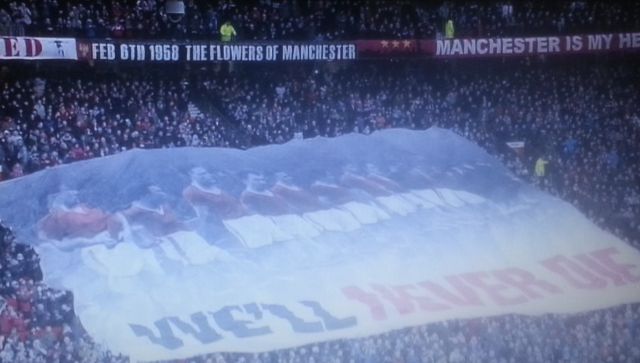